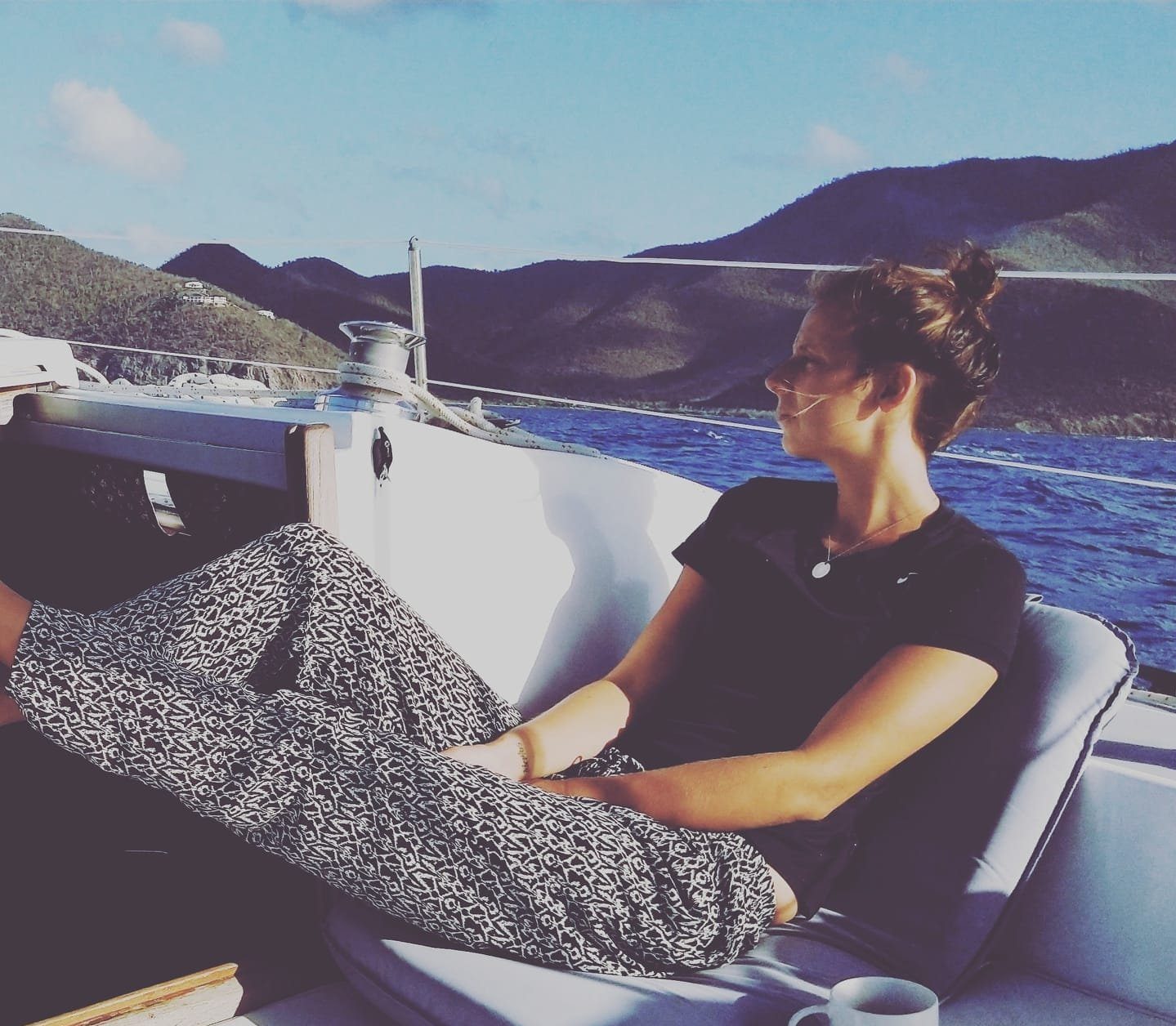 14 knots just forward of the beam, one tack the whole way!

I expected these days to exhaust me, but I was feeling pretty energized with how well it was going.  Definitely energized when you consider I normally have a hard time getting out of bed in the wee hours of the morning.

But I was doing it.

I was very alert as I left, only slightly more relaxed than coming in because I could follow my own track out under that bloody bridge and through the winding channel surrounded by shallows.  However, more alert because there were a lot of fishing boats out and about.   The AIS just outside the channel was jam packed with them coming from all directions.   The radio was alive with a hum of activity and it was one of the only things cutting through the darkness and reminding me I am not alone out on the inky black water.

As they passed me occasionally on both sides over the next hour or two, the sun rose and made it feel like the day was really starting.  I had been under jib only until the sun came up but figured it was probably time to shake off that sleepy, lazy feeling and throw up the mainsail too.

The brilliant forecast was continuing today so it was a no brainer to carry on under full sail.  And the forecast did not disappoint.  I was flying at 7 knots for most of the day.  I passed Cape May, New Jersey on the tip of the New Jersey peninsula and was very happy to not stop.   Cape May was the scene of some very bad weather and some very serious anchor dragging on the last boat, so I was very happy not to be dropping anchor there for the incoming weather forecast.

Other than having to swing a wide berth around the bottom of New Jersey to enter the Delaware Bay – due to shoaling – it was a straight-forward sail.  This detour added a few miles and it was very tempting to go over the shoals, as I saw other boats on my AIS doing.  I was texting with my sailing coach at the same time and he encouraged me not to tango with shoals.   They could really shift with bad weather and as a very exposed and stormy part of the Atlantic, likely they had so the charts are not to be relied upon.   The was a boat in front of me going across the shoals, and, though I could see it was a similar sized sailboat as me, it may have a shallower draft.  Best not to follow it and just do the prudent thing and go around.   I’d rather learn the lesson about sand shoals over text message and generally know to avoid them now and in the future, than to learn the hard way but getting up close and personal with a shoal.

As I pulled into Harbor of Refuge behind the breakwater, with plenty of light remaining because the wind was so perfect all day, I got a few dolphin visitors.  I dropped my hook to the west of the ferry terminal and realised that I just anchored in my fourth US state, solo!

Does it make me an eternal optimist (or super egotistical) that I feel like even the US states in the northeast were made small to give me the small confidence boosts in my early solo sailing days.   Connecticut was small, New York a little bigger.  Then a good New Jersey jump, only to now get to Delaware – 320 nautical miles down!  I often wonder if I will stop thinking the universe is aligning to make this journey possible, but I just keep getting moments like these that reinforce that thought! 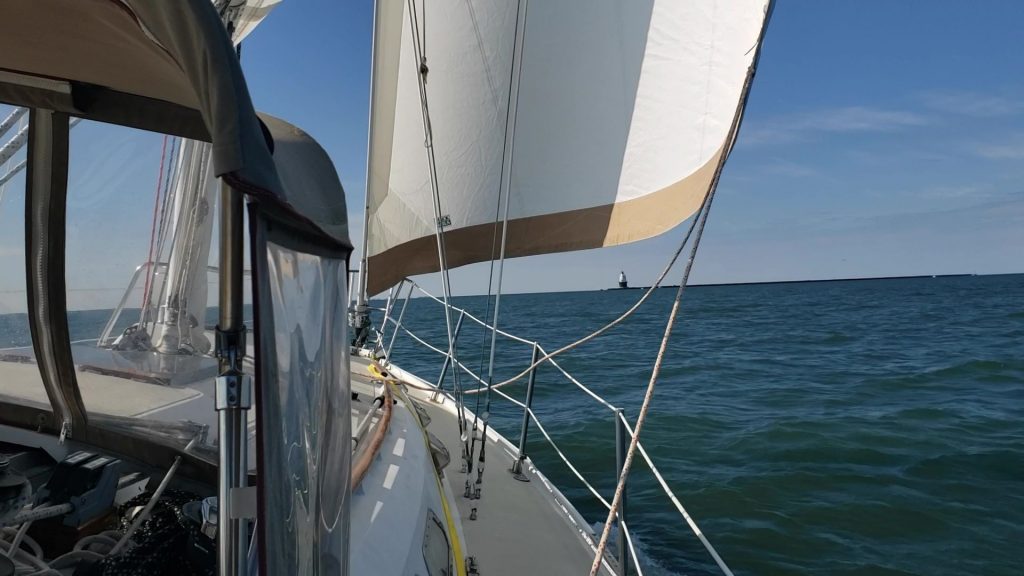 “I think sometimes the stars align whether we want them to or not. And we’re drawn to certain people and places for no other reason than destiny.”